I used to run races. 10k races. I was in shape and I felt good. The key words here are ‘used to’ and ‘was’. So, it is no surprise that I have made plenty of attempts to recapture the glory days of my fitness. However, one of my latest attempts had me gasping for air, feeling nauseas and ready to give up forever. I reckoned that there must be something wrong with me. There had to be some explanation for my inability to run without feeling like I was dying.

I started to wonder if my resistance to this activity had something to do with motivation. Perhaps, I was giving up too easy. How could I find the motivation to stay with the struggle of getting fit? Suddenly, I remembered that I had bought a book written by Sakyong Mipham called ‘Running with the Mind of Meditation’. My meditation practice was filled with motivation. Perhaps, if I turned my running session into a mindful movement practice, I would find sustenance to keep me going.

I was very excited to see that soon into the book, Sakyong Mipham describes his own struggle with keeping up to one of his trainers as they moved his running outdoors. He explained that his trainer told him that what he needed to do was ‘build up his base’. At first, Sakyong Mipham was doubtful. Building up a base can take up to two years, and he wasn’t even sure that he would be running for that long (p. 22-23). Yet, he persevered and has developed a strong meditative running practice.

For me, this sounded promising and got me thinking… when we first learn to meditate, we go through the repetitive process of settling the mind through deepening our breath slightly and introducing counting. This leads into grounding in the body and eventually coming to resting. When I first started the MSc, we did this practice over and over again. As someone who had been meditating for some time, I initially thought this practice was regressive. Alas, I signed up for the course; I would follow the instruction. As the weeks progressed, I found that my ability to come to resting strengthened with these preliminary steps. Looking back, I realize that what we were doing was ‘building our base’. If I could build my base through what I initially thought as baby steps in meditation, surely this could happen with my fitness regime.

For the past week, I have been heading to the gym and running for 30 minutes on the treadmill. No, I am not traversing the hilly, bumpy 10k track of my past. I am simply taking things slowly and giving my body the space to reacquaint itself with this activity. I am giving myself permission to ‘build my base’. And you know what? I don’t feel like getting sick or quitting. I’ve got my motivation back.

Mindful Acceptance – the Doorway to Compassion 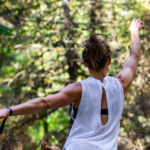 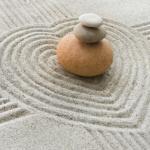 From Mindfulness to Buddhism – Online Retreat 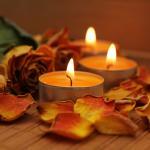