The Insight that Everything is Perfectly OK

When I first heard of the blog competition I thought that this was a great idea, but writing it wasn’t so easy. Eventually I had some inspiration in our local supermarket and this is the result.

The insight that I’ve been coming back to recently (and losing sight of, too) is the insight that everything is perfectly OK, the insight that what I think isn’t OK actually is. If a difficult mind-state comes up, then of course I might try to say that it is OK, I might try to say that it’s ‘allowed’, but that’s an entirely different thing. If I say (for example) that it’s OK that I feel sad then what this really means is that it isn’t! Why else would I have to insist on the fact? If I say to myself that I’m allowed to be feeling sad then what this means is that I can’t allow it, but that I want to allow it. But if I want to allow it, then this is obviously because I can’t.

To realize that everything is perfectly OK, no matter how averse I might be to experiencing it, isn’t anything to do with what I say, or think, or believe. It isn’t anything to do with what I’d like to be the case, or like not to be the case. It is a sudden intuitive perception that the thing is OK whether I want it to be OK or not! It’s OK independently of my wishes. It always was OK, whether I realized it or not.

So I’d be going through something difficult and having a hard time with it and then (sometimes!) the light would break through, as if from behind thick cloud, and I would understand that it is fine for me to be going through whatever it is, or feeling whatever it is. The pain that is in the difficult mind-state doesn’t change – the only thing that changes (when I have this experience) is that I realize that it’s perfectly fine for me to be having this pain. I realize that it’s allowed the same as anything else is allowed. This is, I imagine, similar to what Pema Chodron means when she talks about ‘smiling’ at thoughts when they arise. We smile because we don’t have an issue with them for being what they are, because we see that it’s perfectly fine for them to be what they are.

Seeing that the thought or difficult mind-state is OK, is allowed, transforms that thought or mind-state. But even as I’m writing the word ‘transform’, it doesn’t sound quite right to me. If a difficult mind-state is ‘transformed’, then obviously this is a big thing, it’s not a trivial matter, but saying this still doesn’t make the point properly. When I am resisting a mind-state because I feel that it’s not OK (because it is irredeemably negative or toxic or whatever) then it is as if this ‘negative’ blocks out the sun. It then becomes the whole world – it becomes the limit of what I can be aware of. It closes me in. It’s all I can know. By fighting against it (or by trying not to fight against it, but therefore resisting it all the same), the thing that is being resisted becomes more than just ‘big’ – it becomes everything. So in this case, when the insight comes that it is perfectly fine just the way that it is (because it is part of the way in which everything is working out), then this is when the sun comes out again.

When the sun comes out, then the ‘Bigger Picture’ comes back into view, and things aren’t grim or fraught after all. The darkness loses it power over us. This is like being back in the ‘real world’, which is limitlessly expansive, so that everything can be allowed. There is room for everything, no matter what…

There is a line in Kurt Vonnegut’s Breakfast of Champions where – if I remember it rightly – science fiction writer Kilgore Trout is trying to explain to the distressed and violent Wayne Hoobler (who is the main character in the novel) that ‘everything that happens is life’ – all of it, without exception. There are no bits that aren’t life, no bits that we need to reject.

What Kurt Vonnegut is getting at comes down – I think – to saying that ‘everything is perfectly OK just the way that it is’. If life is a blessing (as we can see it to be when we have clear vision, when we aren’t overshadowed by pain that we are resisting or fighting against) then this means that every little bit of it is a blessing, including the bits we don’t like and don’t want… 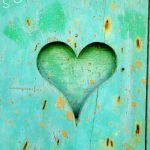 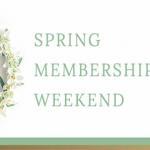 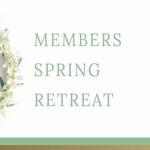 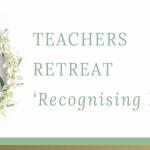 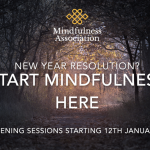