Nowhere to Go- Nothing to Do

However, this past weekend, I found myself in the curious position of being at home, chores done and time alone with my three children. What made it even more curious, was my teenagers were not running off with agendas of their own. Instead, there were many moments of the four of us causally lounging on the couch, in front of the fire, book in hand (and sometimes not), simply enjoying the rest. And enjoying being together. We really had nothing to do and nowhere to go.

Thich Nhat Hanh speaks of the importance of what he calls engaging with a ‘Lazy Day’. He explains that an over scheduled life has the potential to amplify stress and bring on depression; therefore, we should all make time for a day in which life just unfolds. Moreover, he says that “[t]he Lazy Day has been prescribed for us to train ourselves not to be afraid of doing nothing” (2009 p.103), and it was precisely this letting go of an expectation to be productive that really provided the opportunity for my children and I to just rest and be together.

Sometimes, I can get caught up in ‘trying’- trying to communicate openly with my family, trying to make sure there is time and opportunity to ‘do’ things together- making plans. But this past weekend, it was in our non- doing that acted as a catalyst for all the happening.

For instance, at one point we were all on the couch with our devices, and rather than getting caught up in ‘we should all be doing something and not on our devices’, we were sharing funny memes, my son was explaining all of the characters in his video game and what he was trying to do with the characters, and we even watched the all- Ireland GAA final! Ultimately, we were SHARING in our doing nothing. And just being.

Then when I moved to bake something just for the sake of ‘I love to bake’, two of them followed me into the kitchen, sat on the high stools, held bowls as I stirred the batter, prepped pans as we casually chit chatted. Again, without forcing some activity to bond with, we were naturally just being with one another. Our days unfolded naturally to our rhythm of no schedule. Space was made to just live amongst one another.

It was beautiful. We all rested with nothing to do and nowhere to go. And in this rest, we were connected, together and gave one another the best present that one can give: our presence.

So this week’s challenge is to have a ‘Lazy Day’. Seeing if we can throw the schedules away for one day and just be- moving to the rhythm of non-doing and seeing if we can be curious about what happens in all of that non- doing. 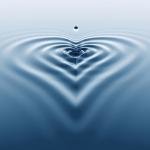 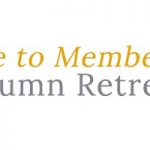