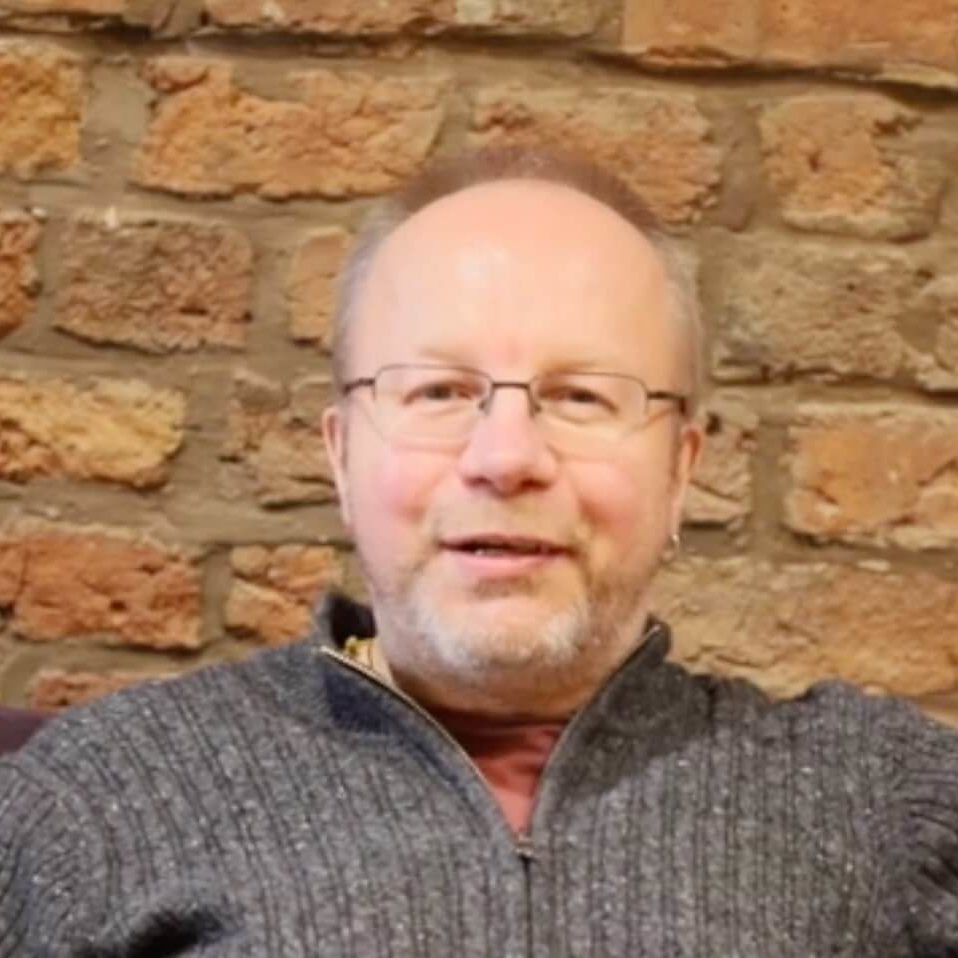 Alan Hughes became interested in Buddhism, and started meditating, in his late teens. In the 1990s, he started practicing within the Tibetan tradition, and eventually started attending courses and retreats with Rob Nairn, whenever he was in the UK. This naturally led him to become involved with the Mindfulness Association, and to do the MSc course at Aberdeen University.
In 2011, Alan gave up his job as a marine biologist to deepen his interest in Buddhism and meditation, and worked as a full-time volunteer at Kagyu Samye Dzong London for five years. He now focuses on teaching mindfulness, and works two days a week helping with admin for the Mindfulness Association. 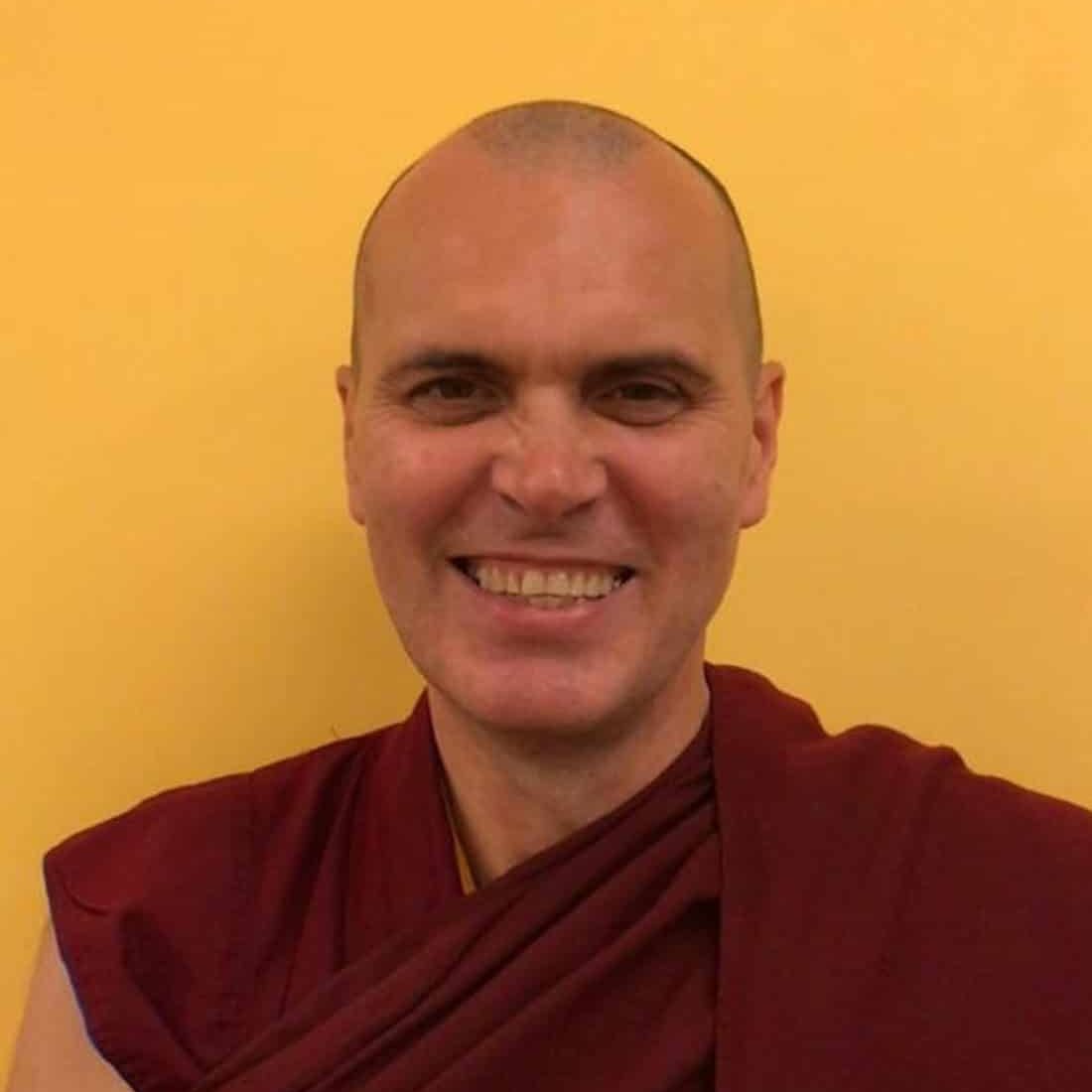 A monk within the Karma Kagyu tradition of Tibetan Buddhism, Choden (aka Sean Mc Govern) completed a three year, three month retreat in 1997 and has been a practicing Buddhist since 1985. He is originally from South Africa where he trained as a lawyer and learned meditation under the guidance of Rob Nairn, an internationally renowned Buddhist teacher. He is now involved in developing secular mindfulness and compassion programmes drawing upon the wisdom and methods of the Buddhist tradition, as well as contemporary insights from psychology and neuroscience. He is an honorary fellow of the University of Aberdeen and teaches on their Postgraduate Study Programme in Mindfulness (MSc) that is the first of its kind to include compassion in its curriculum. He co-wrote a book with Paul Gilbert in 2012, entitled ‘Mindful Compassion’ that explores the interface between Buddhist and Evolutionary approaches to compassion training. In 2016 he completed a one year retreat focused on the foundation practices of Tibetan Buddhism. 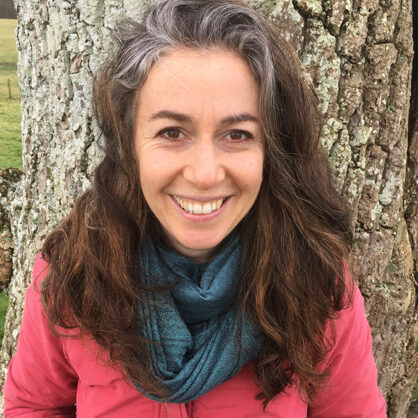 Fay trained under the guidance of Rob Nairn and now teaches mindfulness, compassion and insight trainings throughout the UK. She also teaches for the University of Aberdeen on their Post Graduate Studies in Mindfulness Programme (MSc). She is a member of the Core Management Team and is a supervisor and teacher.
Fay was originally drawn to mindfulness because of her debilitating chronic pain. Through years of practice she has discovered mindfulness to be not just a way to reduce pain, but also a deeply rich basis for living life fully. She spent six years living as a resident at the Holy Isle retreat island off the west coast of Scotland and now lives in Mow Cop on the Staffordshire/Cheshire border. 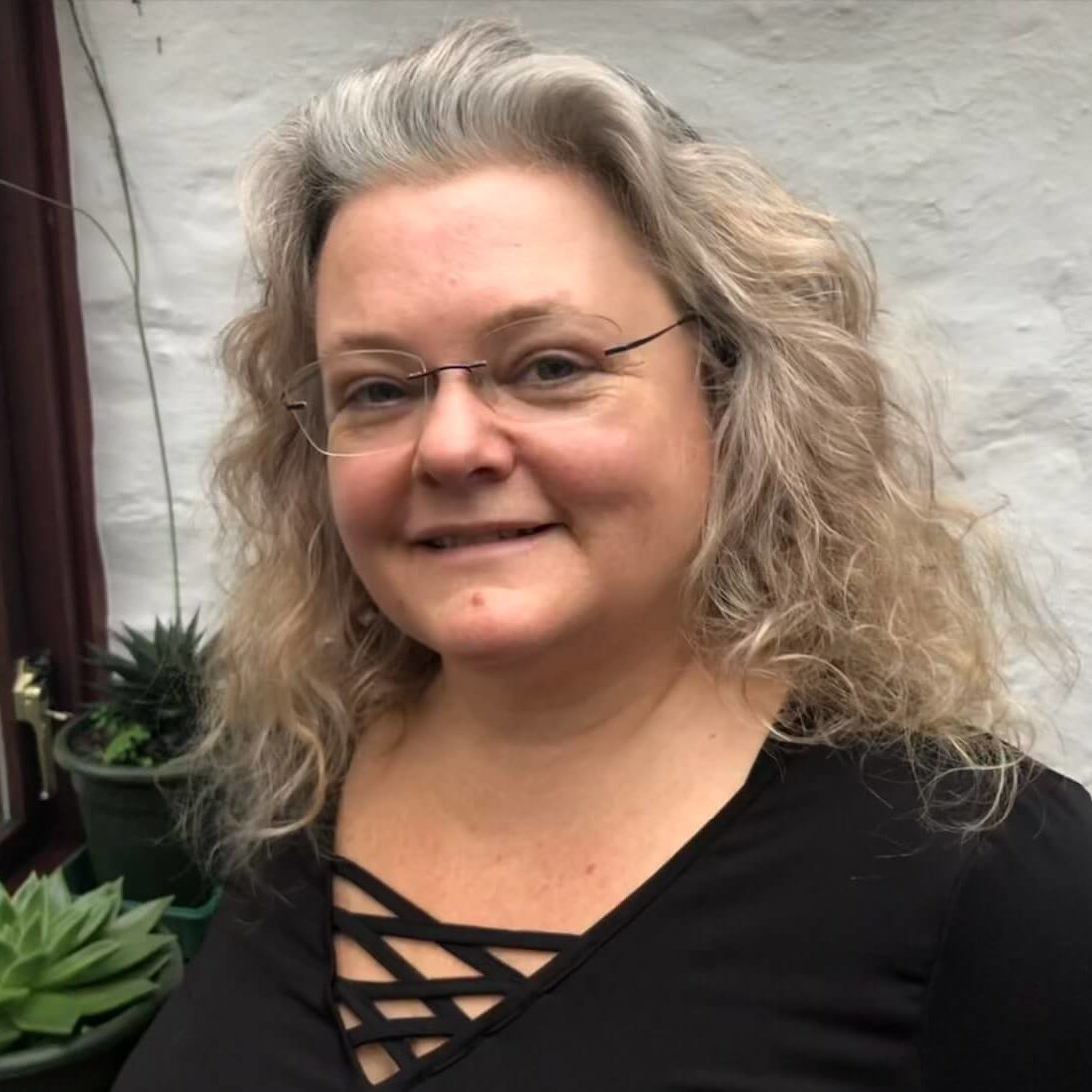 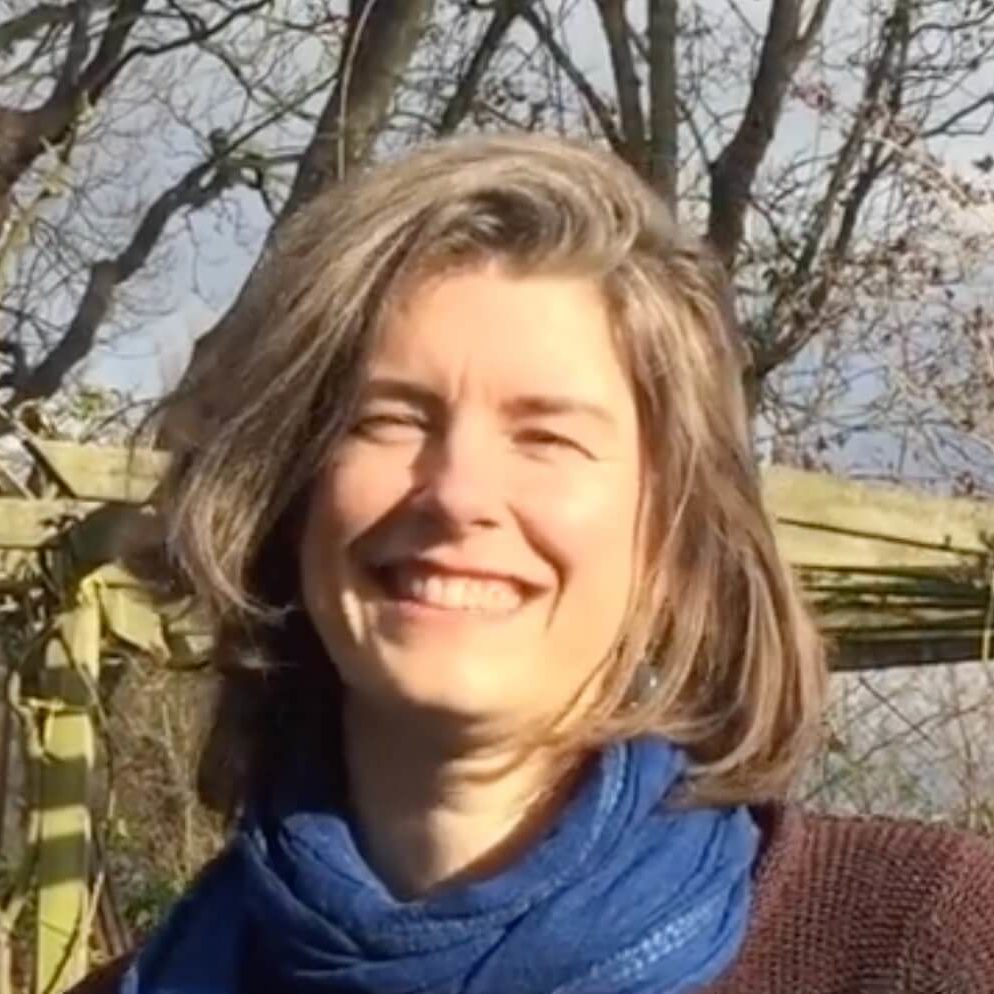 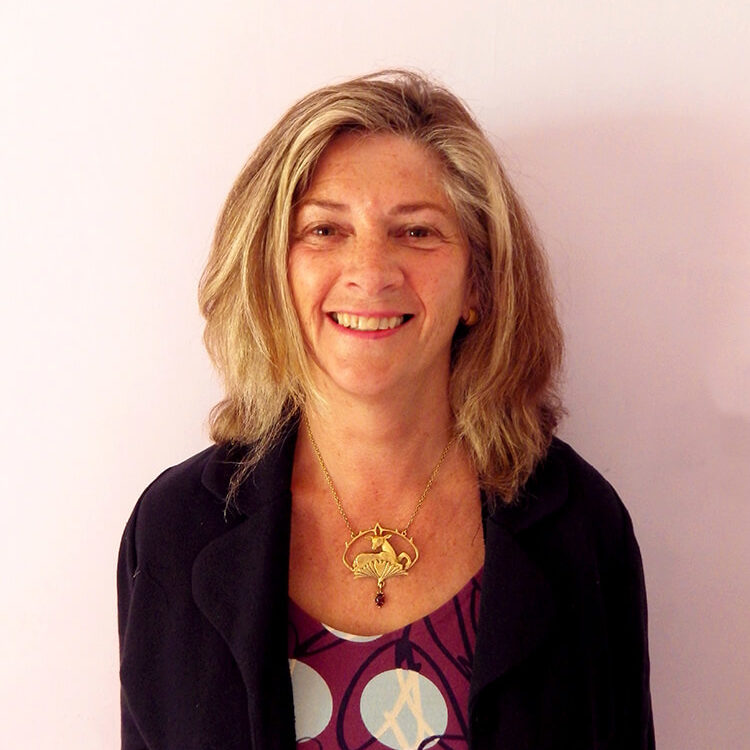 Angie BallAngie has studied and practiced Tibetan Buddhism at Kagyu Samye Ling in the Scottish Borders for over 30 years. Within that time she has learnt Tibetan Buddhist practices including that of Mindfulness. She also trained for over 20 years in a comprehensive therapeutic process entitled ‘Tara Rokpa Therapy’. Initially developed at Samye Ling, this combines the wisdom and integrity from both East and Western psychological traditions. Self-reflective writing, painting, relaxation, bodywork and an exploration of the 5 Tibetan Elements to help promote health and well-being are key components within this discipline. In addition to being an experienced Tara Rokpa workshop facilitator, Angie holds a teaching certificate, she is a trained counsellor in Transpersonal Psychology and N.L.P (Neuro Linguistic Programming), and a qualified massage therapist (ITEC). She has been teaching and running workshops since the 80’s in both the private and public sector, throughout the UK and Europe.
Angie has completed a two year Mindfulness and Compassion teacher training programme with Rob Nairn and is currently undertaking an MSc in Mindfulness with Aberdeen University. She runs weekend workshops and 8 week sessions in the practise of mindfulness. 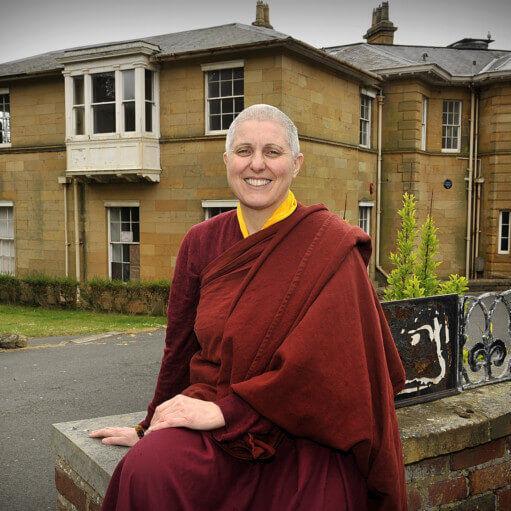 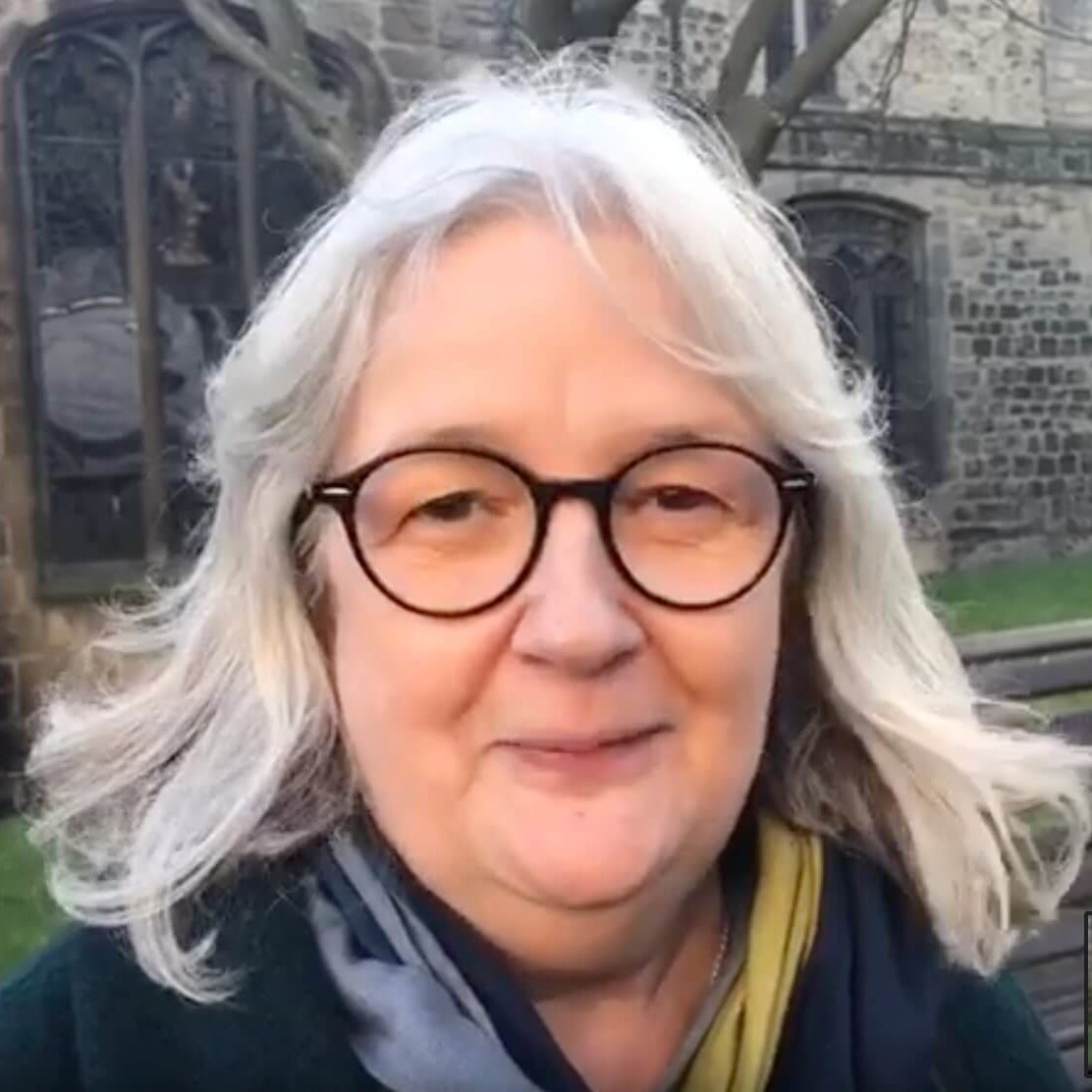 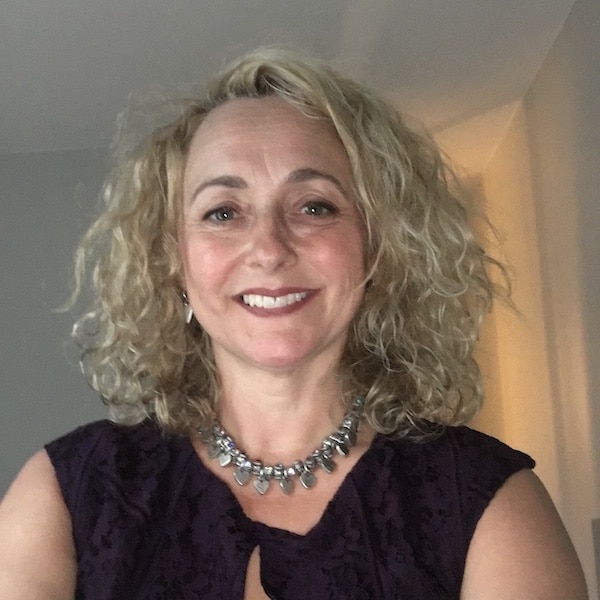 Chloe Homewood-Allen has been practicing mindfulness meditation for 12 years in both secular and Buddhist contexts. After 20 years working in the media she gave up her job as a director at the BBC to bring up her three children and teach secular mindfulness to communities in Glasgow.
She started shadowing on MBSR courses in 2010, after securing a National Lottery Grant enabling people in some of the poorest areas in Glasgow, to sit Mindfulness eight week courses for free. She has been delivering weekly MBSR and MBLC eight week courses to the public and corporate sectors ever since. She has completed a three year teacher training pathway with the Mindfulness Association, where she works as a Lead Tutor and Supervisor, delivering their One Year Mindfulness and Compassion training courses and Teacher Training Modules, throughout the UK. Chloe runs Mindfulness Glasgow, a Glasgow based social enterprise delivering mindfulness based interventions, courses and workshops to individuals, universities, schools, charities, councils and businesses in Scotland. She is also part of the Youth Mindfulness team, working on the teacher training programme and delivering mindfulness to schools in Glasgow. 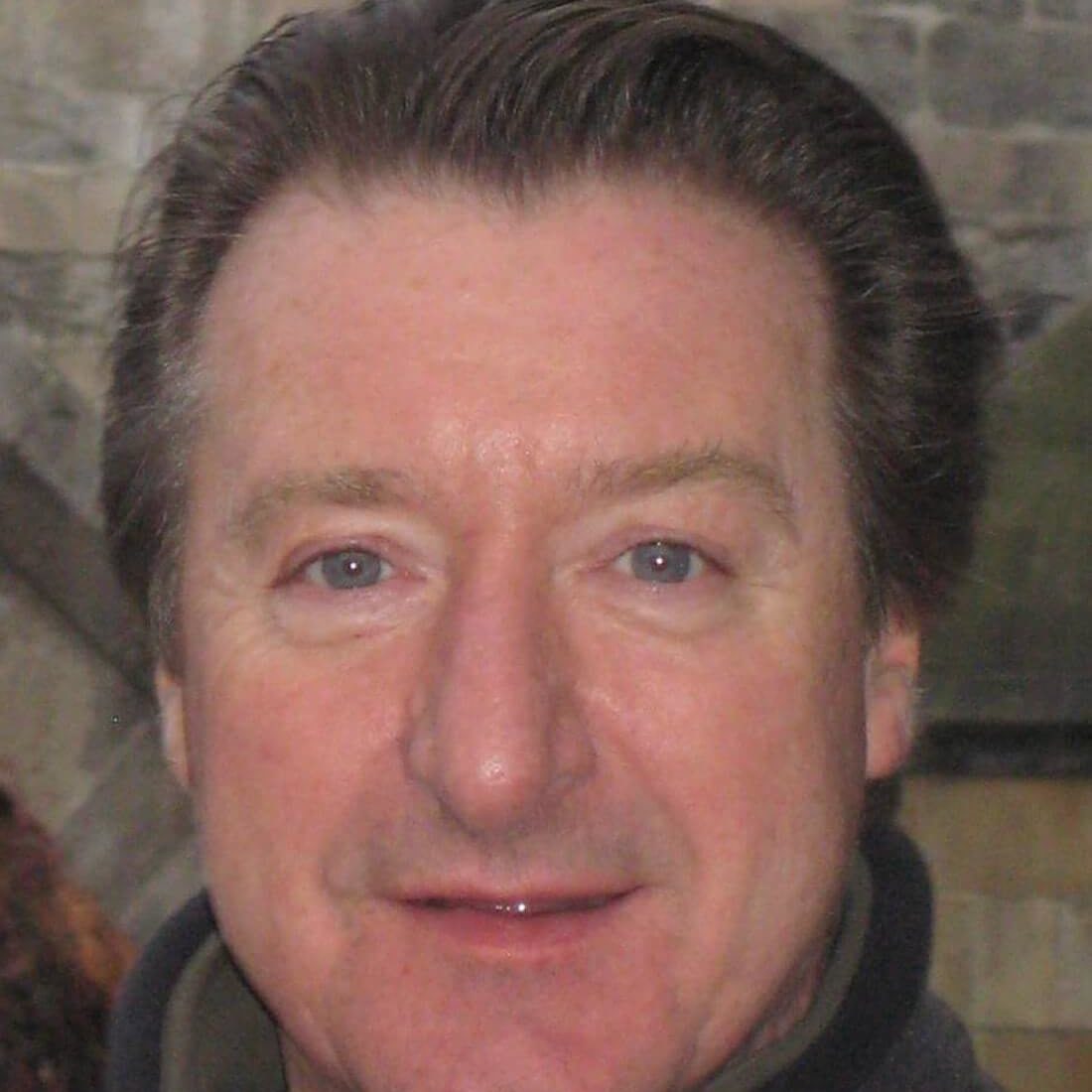 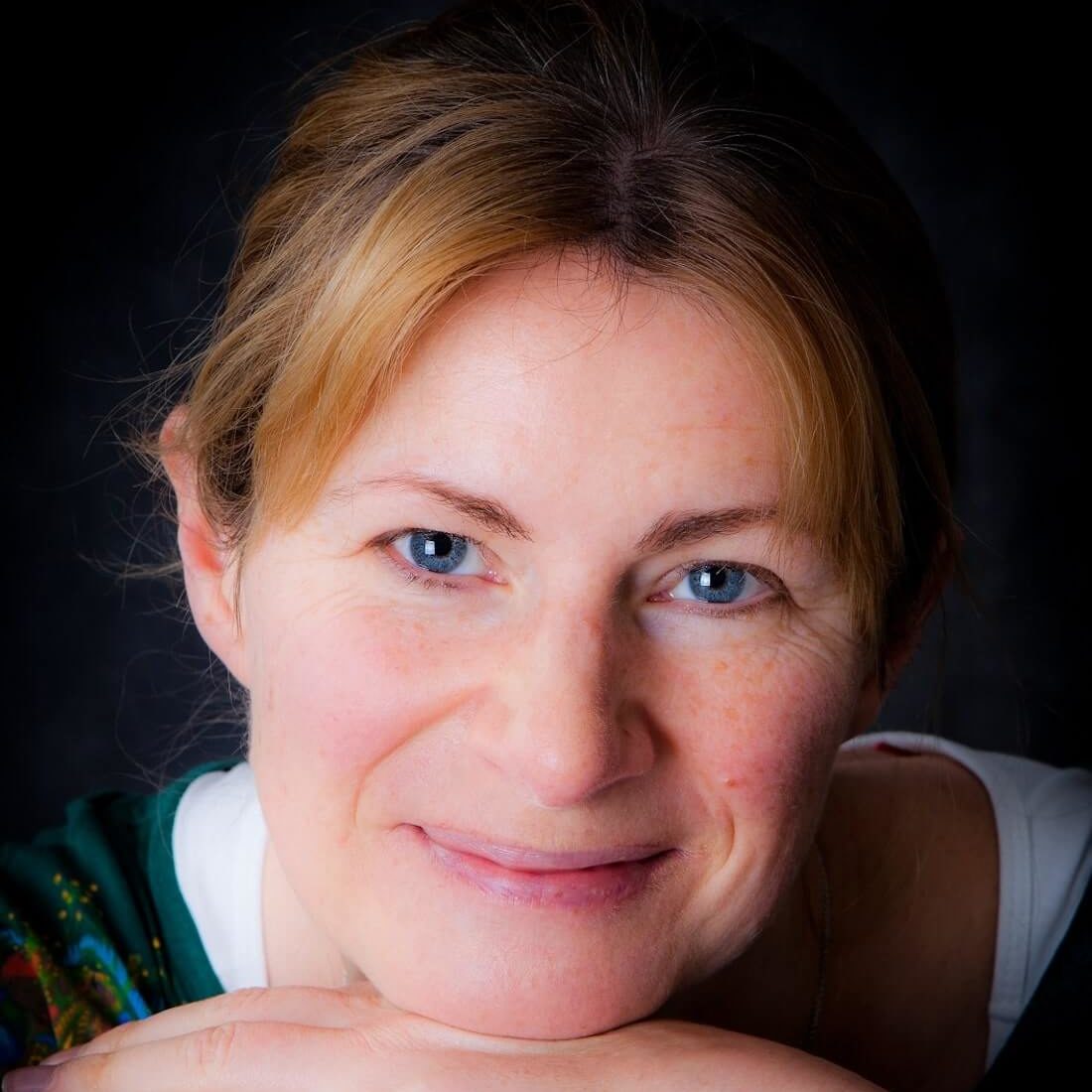 Heather has a PostGraduate Diploma in Studies in Mindfulness and is currently studying for a PhD in Education with the University of Aberdeen, sponsored by the Mindfulness Association. Her work focuses on the role (if any) for mindfulness and self-compassion in Scottish secondary schools, and as part of her PhD she has created the Mindfulness Based Living Course for Young Adults (MBLC-YA). Heather has 6 years’ experience of teaching mindfulness and compassion to children and adolescents in schools as well as in her private practice as a children’s meditation teacher, and she is a published author on the subject.

Ian has been studying and practicing mindfulness since 2004 under the guidance of Rob Nairn and has participated in a number of week long and month long retreats on an annual basis with a variety of teachers in the U.K., South Africa and India. In 2010, Ian enrolled on the first cohort of the Studies in Mindfulness MSc and graduated from this programme with an MSc in 2013. Ian has been teaching mindfulness since 2012 and is currently employed by the NHS to design, deliver and research mindfulness based interventions for staff as well as being a lead tutor for the Mindfulness Association. Ian also teaches TaeKwon-Do and Budokon Yoga and martial arts and has a particular interest in mindful movement and mindful ecology. 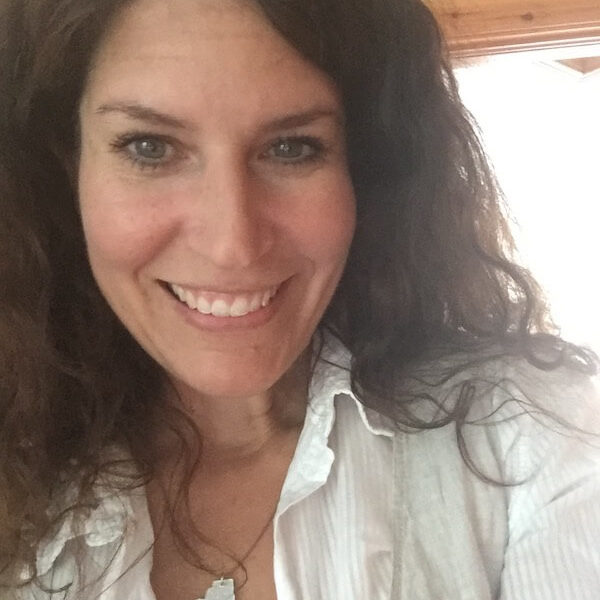 Jane provides online tutoring as well as running the franchise for the Mindfulness Association in Ireland. She works for the Sanctuary in Dublin whilst also delivering 8-week MBLC courses. She has completed her MSc in Mindfulness Studies with the University of Aberdeen. 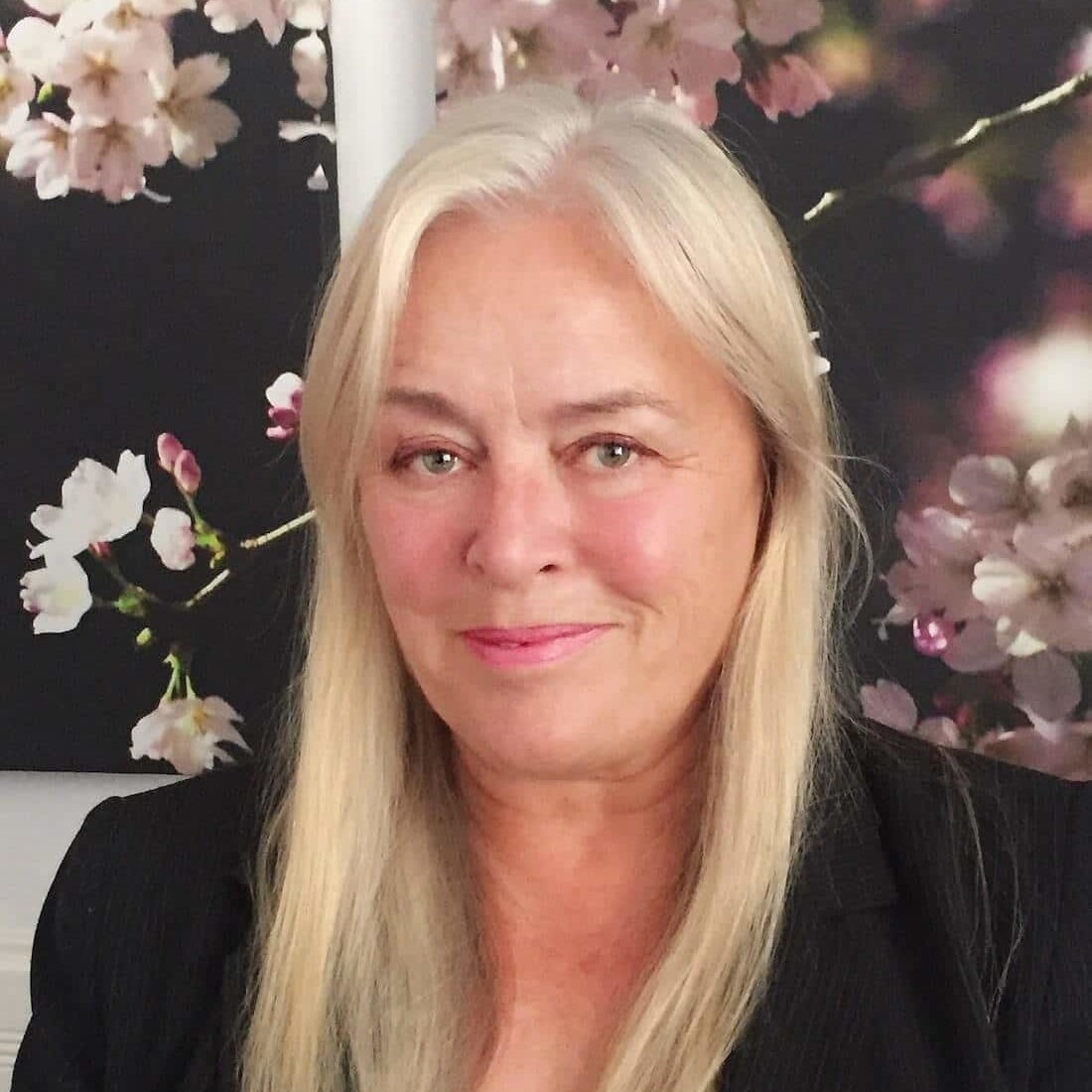 Lorraine has been teaching Mindfulness and MBLC to groups in Cardiff County Borough, Caerphilly County Borough and across South and West Wales since 2008. She has also been a Buddhist since 1979 and attends annual retreats with Donal Creedon and regular day retreats throughout the year. Lorraine delivers mindfulness sessions for local community groups and works across the voluntary, private and public sector delivering Mindfulness courses. Lorraine runs Samye Foundation Wales Mindfulness and Wellbeing Centre in Cardiff and Caerphilly, as well as Kagyu Samye Dzong Cardiff which is a branch of the Samye Ling Monastery in Eskdalemuir Scotland. 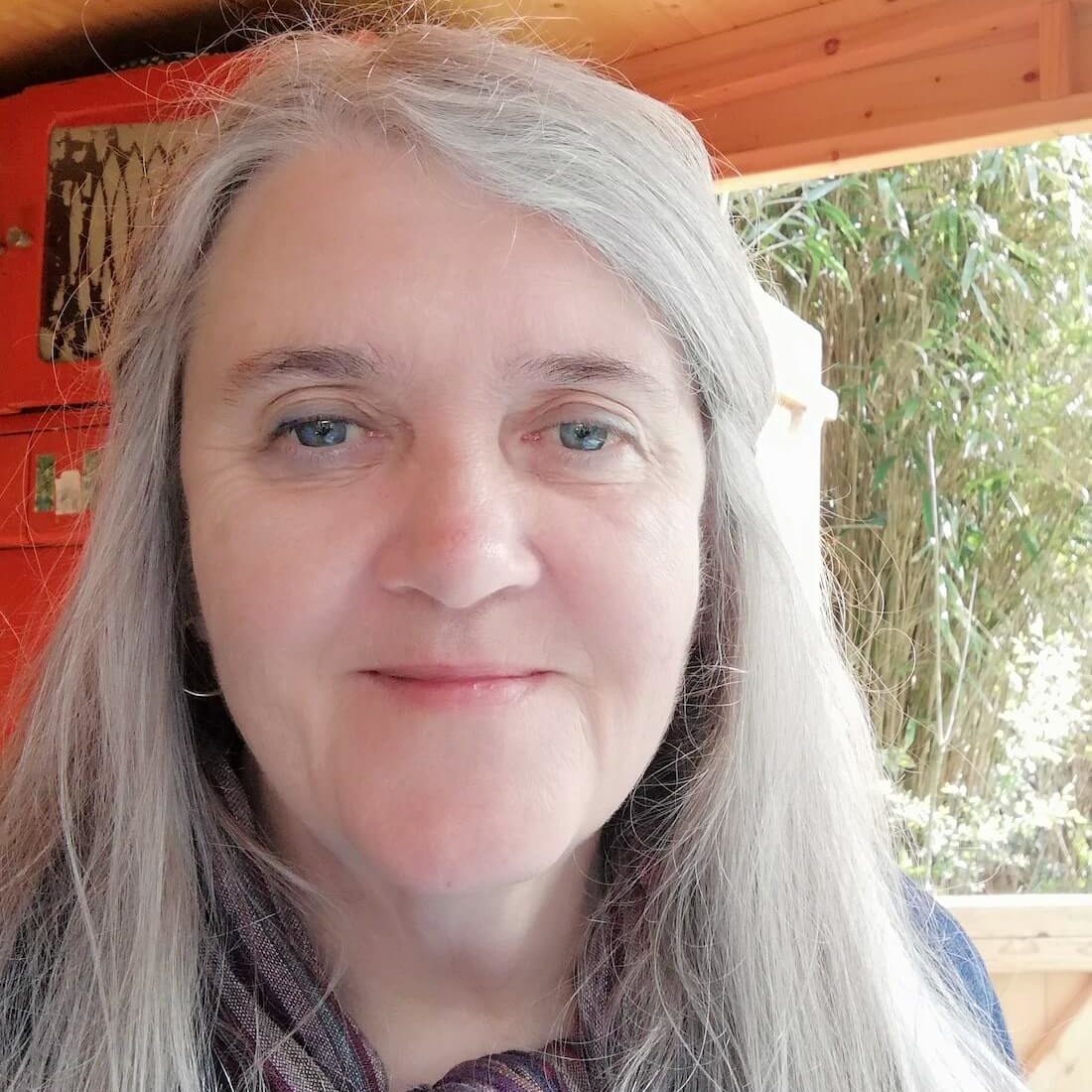 Rosina teaches the MBLC course locally and also tutors with the Mindfulness Association on the one-year Mindfulness and Compassion courses.

She completed the Diploma of Studies in Mindfulness with the University of Aberdeen in 2013. She has worked as a humanistic counsellor, and offered training and supervision in related fields, for over 25 years. 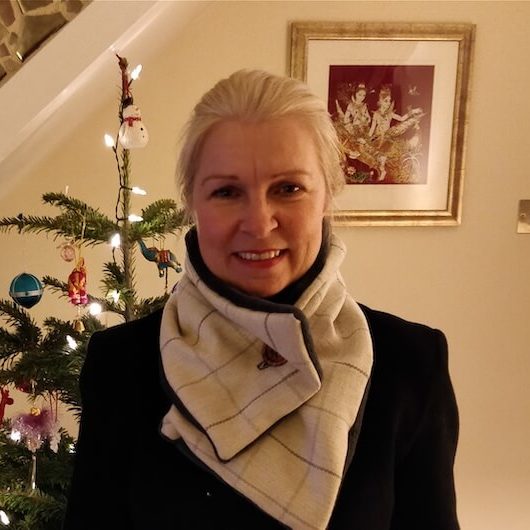 Tina has been practicing meditation for over 12 years, of which 5 years have been in the secular mindfulness tradition. Tina started teaching mindfulness after completing the 3 year training with Rob Nairn and the Mindfulness Association. Shortly after, she became a tutor with the team. Tina teaches on the one year mindfulness training at Samye Ling Buddhist Monastery and in Edinburgh. She also runs 8 week mindfulness programs throughout Scotland.
Along with teaching mindfulness, Tina qualified in 2005 as a Hatha Yoga teacher and is a Clinical Nurse Specialist in Cancer Care & Chemotherapy. She has been nursing for 30yrs. In the last 3 years, Tina has combined her love of mindfulness meditation with yoga and nursing and runs specialist yoga and mindfulness programs for people living with cancer in Lothian. She has seen enormous life changing benefits to many people through embracing a mindful way of life and Tina believes that everyone could benefit from trying it. 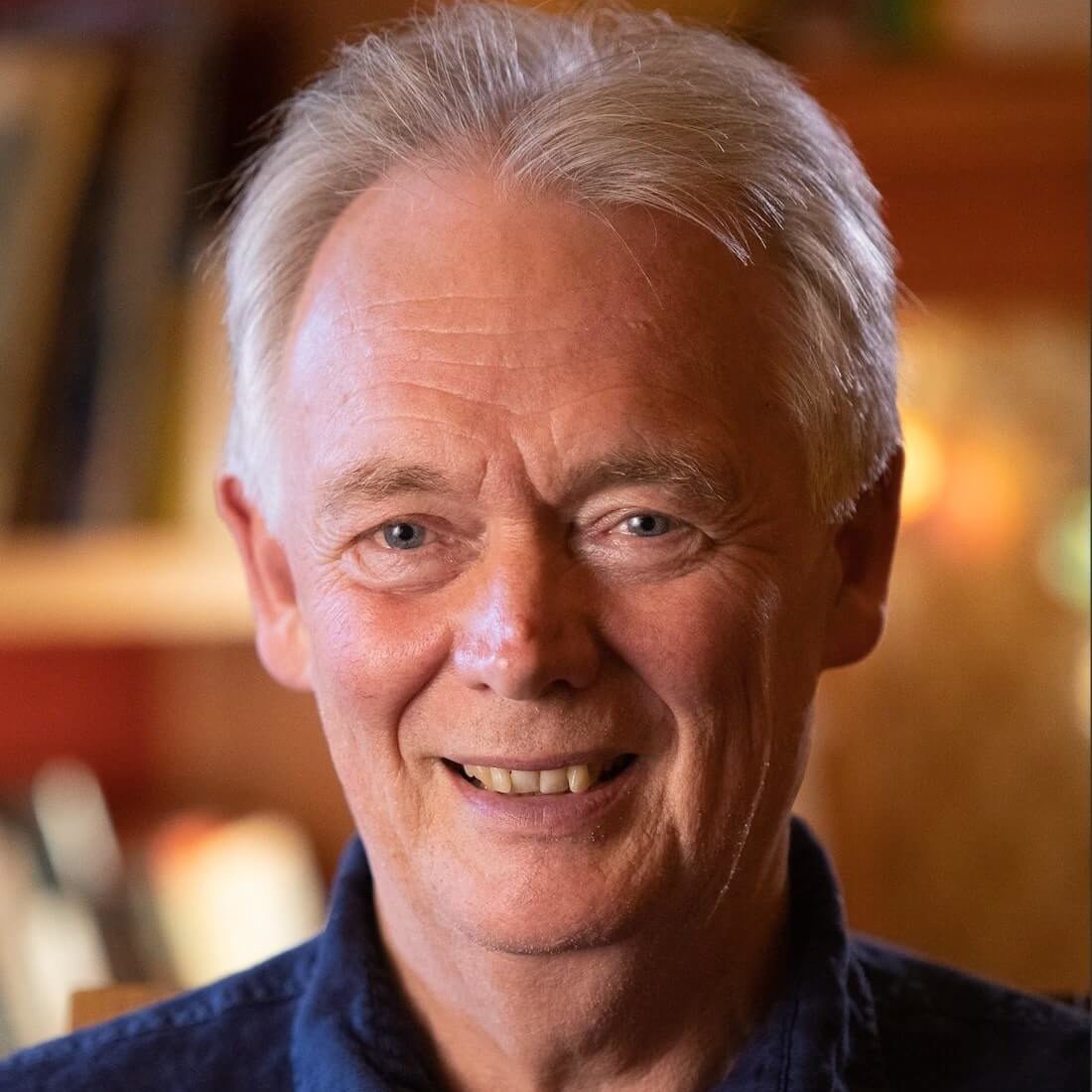 Vin Harris has studied and practiced under the guidance of many great Tibetan teachers since he became a Buddhist in 1974. He has always aspired to follow the example of his teacher Akong Rinpoche by putting spiritual values into practical action and has been one of the team responsible for the construction of the Temple and College at Samye Ling.

Having practiced meditation for more than 40 years whilst establishing a successful business and managing a wide range of inspiring projects, Vin attributes many of his achievements to an ability to work skilfully with the inner environment: finding creative solutions to the many business and interpersonal challenges that inevitably arise.

When he was introduced to secular Mindfulness, Compassion and Insight by Rob Nairn, Vin became one of the founding Mindfulness Association Board members as he was inspired by it’s potential to help so many people. Vin has a BA in English & European Literature and a Masters degree in Business and a PG Diploma (with Distinction) in Mindfulness Studies with Aberdeen University.