I seem quite far removed from a ‘mindfully invisible’ nature experience last weekend whilst writing this in a coffee house at Stockholm airport. However, writing whilst travelling seems to be a common theme for mine and Heather’s blogs.

So last weekend, despite being quite tired, my friend and I decided to take a short walk out into the dusk before retiring for the night. Our walk took us past a badger set in the woods.  We decided to take a chance and look for badgers.

Having found evidence of badger activity, we settled upon a suitable tree to lean against, and waited.

Increasingly I am finding that that immersing myself in nature is an easy way to be mindful, be present and expand my experience of the moment.

I tuned in to all the sounds I could hear as we stood against the tree, hardly daring to breathe for fear of being detected by any passing creatures. By watching my breath in this way and expanding my awareness to the landscape of sounds, I found it had the same settling effect that it does in my mindfulness practice.

I could hear the frequent snap and creak of branches being disturbed and trodden on by unseen animals.  The wind was gently rushing through branches and leaves.  There was the delightful distinctive sound of a cuckoo calling in the distance, as well as other many other birds I didn’t recognise. An owl silently flew past. There was a musty smell of damp grass and leaves.

The green and brown colours and textures of the woods started to fade with the dimming light.  Detail gradually became lost as trees, bushes and the woodland floor seemed to start merging into one another.  It was a gradual process as our eyes adjusted – and sounds seem to become more acute as a result.

We didn’t have to wait long, when a sudden movement in the distance caught our attention.  The white stripe of a badger’s head stood out as it made its way through the foliage ahead of us.  We watched it scamper off. It just seemed to disappear – dissolving into the dark depths of the wood, in search of its evening supper – or breakfast even!

We were happy with that.  Feelings of joy and gratitude filled my heart with warmth. A big smile just appeared on my face of its own accord as this precious insight into what seemed like another world, manifested as sensations in my body.

We decided to wait another five minutes, as it was getting quite late and dark.  As we stood there, almost glued to the tree trunk supporting our backs and roots supporting our feet, there was the snap of branches behind us.  I suddenly felt like I had put on the ‘One Ring’ from Lord of the Rings.  A ewe with two of her lambs came right up to us as if we had become completely invisible. They didn’t even see us, even though I could have reached out and touched them.

As they made their way into the woods, suddenly before us a badger’s bottom appeared as it made its way backwards out of the set, just a couple of metres in front of us.

I noticed that I was almost holding my breath as this beautiful creature spent the next twenty minutes clearing out the bedding from its burrow under the ground.  It would disappear for a few minutes whilst gathering, then pull up pile after pile of leaves and twigs with its front paws, bottom first.  Every now and again she would sniff the air in each direction, often as if looking straight at us. But it seemed we were still under the enchantment and power of ‘The One Ring’ and had just become part of the tree.

Not only was I totally in the moment, but I realised how mindful animals are.  The first badger was intent on his mission to find food.  He knew his way, no messing about. He was following his intention, motivated by a need to eat after a long sleep. The sow badger was busy clearing out her home.  Two other badgers visited her. They sniffed each other, went in and out of their ‘nest’ and completely undistracted by them, she went about her task of cleaning.  When done, off she went into the darkness to find food for herself.

It was interesting to watch her following her own motivation and intention, totally mindful and present with what she was doing.  I didn’t detect her ruminating over the past or worrying about the future. She wasn’t even distracted by the two other visiting badgers. She was just following her intuition and instincts that it was time to clear out the bedding.  She was just busy ‘being’ a badger.

We realised the show was over, and we silently tiptoed out of the woods back to the path which led us back to our accommodation in the heart of the countryside.

As we emerged from the woods, I realised that I hadn’t once been engaged in the constant stream of thoughts in my ‘undercurrent’. In the first level of our mindfulness training, the undercurrent is described as the continuous arising and passing of thoughts, images, habits and memories that occurs autonomously. We are often distracted by its content and then become lost in thinking rather than being present.  Not once had I been distracted by thoughts in my mind.  I had been totally mindful of all the sensations and experiences of being immersed in nature, watching this secret world of the wildlife at night in the woods. For a short while, I felt as uncomplicated as the badger – totally in the moment.

As we left the woods behind, I felt like I had surfaced from a magical world.  As we got closer to the house where we were staying, I became aware of reminders and triggers in my undercurrent which hold lifelong habits and behaviours.  It was a strange feeling and I was aware of a subtle tension appearing in my body and emotions.  But this awareness reinforced my motivation and intention to be mindful in my daily life.  It also motivated me to visit the magical world of nature as often as I am able.

This week I invite you to join me in finding a place to rest in nature.  A place where you can become part of the landscape and notice how it makes you feel. By becoming aware of all your senses and viewing nature with a sense of openness and curiosity, are you able to still your mind?

I would love to hear about your experiences, so please do write to me via membership@mindfulnessassociation.net or leave a comment below this post.I wish you well this coming week.

MINDFULNESS LEVEL 1- BEING PRESENT ONLINE TAUGHT ON A THURSDAY EVENING 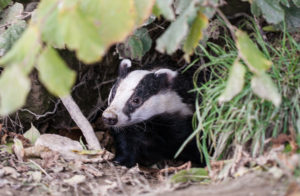