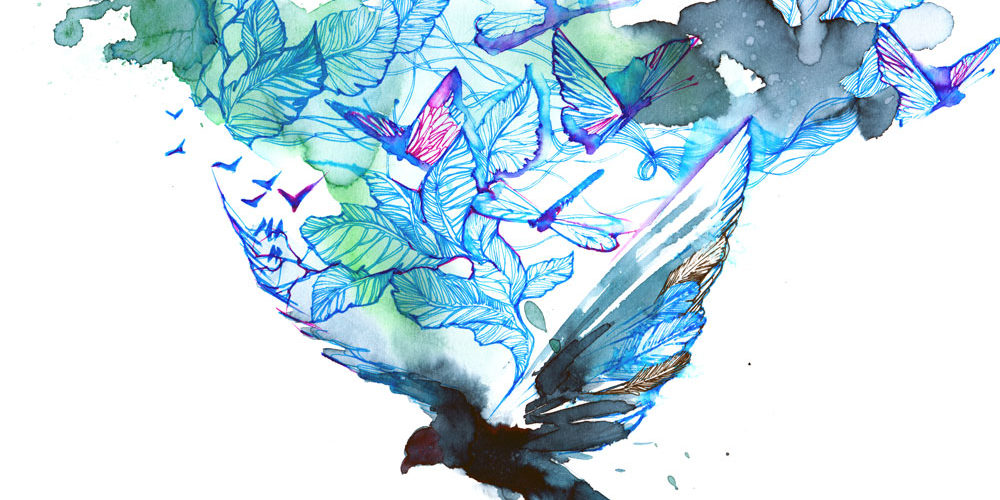 One of the results of our social media lifestyles is that we all end up in little bubbles communicating with those who agree with our point of view.

This came home to me this week reading about the social media storm around Chris Packham and licences to kill birds.

We live in a rural community in South West Scotland where many work in farming, where shooting birds that are pests is normal. The campaign Packham was involved in took legal action to require Natural England to reassess their policy of issuing licenses to kill birds. The reaction from the gun and farming lobby have resulted in a petition to have Packham sacked from his job at the BBC and has resulted in dead crows being hung on his front gate.

Alongside this community is the local commission of Buddhists linked to Samye Ling Tibetan centre.

My husband posted this Guardian article which sets out the facts about Packham’s campaign. The community on social media were saying that Packham was trying to stop all bird shooting, whereas an organisation he heads was simply asking for the licensing policy of Natural England to be re-assessed. I think it is quite brave to speak truth to your community, when many will disagree. I was proud that my husband did this.

I was able to tell my husband about the attitude to killing birds in my community.

Around Samye Ling Tibetan Centre there are landowners who breed pheasants and ducks for shooting. People visit to shoot these birds for fun. The land owners make money from this.

Before (or in my case as) we begin to judge others, we should bear in mind that if had been brought up as part of their community, we would most likely have similar views. Condemning others never gets us anywhere – compassionate communication is the only way.

I am proud to say that members of my community at Samye Ling have been trying to prevent the mass shooting of pheasants and ducks in the vicinity of Samye Ling. Samye Ling doesn’t allow dogs to visit as it harbours a vibrant community of small animals, such as birds and rabbits, who are very tame. The chaffinches will happily bob onto your plate if you are sat outside the café to eat the last crumbs off your plate.

I will shortly have some time on Holy Isle, off Arran. A retreat centre set up by Lama Yeshe Rinpoche, Abbot of Samye Ling. He has campaigned for a no take zone to be established in the waters around Holy Isle so that the underwater environment can thrive. On the island populations of wild horses, goats and sheep are given space to live their lives. The island is a haven for wildlife, with many birds – I always hear a cuckoo there in the spring – otters and dolphins visiting.

Birds come into the dining room regularly. They are herded carefully back outside. Eating outside at Holy Isle often involves fending off the birds. They are so tame. I am struck by the idea that if we were all kind to animals and all had this live and let live attitude, that all animals might be tamer. I imagine we would all be like cartoon Cinderellas – being dressed and assisted in our house-work by birds and mice!

This attitude of non-harm and of live and let live is a cornerstone of my community of Buddhist and secular meditation practitioners. I rejoice in this!

Since moving to the country my skills of rescuing insects from the bath before filling it have developed significantly. Likewise of herding bumble bees from my summer-house and back into the garden at the end of my morning practice session. On Holy Isle, I use Avon Skin So Soft moisturising oil to make sure that the midges stay away. When a biting insect lands on me I try to blow it off, rather than risk killing it by swiping it away.

However, my compassion for small creatures has its limits. My daughter is scared of cockroaches and several years ago she was sleeping on a put you up bed on the floor of a holiday apartment in Fuerteventura. It was infested. I really didn’t want her to find out, as she would not have slept for the rest of the holiday, which was indeterminate due to the Icelandic volcanic ash cloud preventing us from flying home. I was heard to exclaim ‘kill it, kill it!’ as my husband tackled a cockroach clambering up the shower curtain as my daughter slept. I still shudder at the memory.

I was watching the wonderful George Monbiot on the TV last night. He was saying that the super-rich in the US are developing plans for safe havens in the event of our impending environmental disaster, so that they survive. It is a shame that they are not focussing and spending their money on solving the problem of environmental catastrophe, rather than planning on how to survive it. I am glad I am not part of that community.

Monbiot was also saying about how reversing the mass extinction of myriad species of creatures by planting trees, re-creating natural habitats and assisting animals to re-populate them would act as a massive carbon sink to help reverse climate change. Obviously, we also need to take radical steps to reduce carbon emissions.

I joined Extinction Rebellion this week. I agree with their demands. More importantly I agree with their non-violent approach and ideals of compassionate communication. I felt compelled to offer my support to and become a part of this community.

So, if you are not happy with the norms in your community, can you speak your truth? Can you take steps to find a community that will support you to speak your truth and walk your talk? These are the foundations of a meaningful life.

We desperately need to find ways of communicating with those in our communities who disagree with us. To bridge the gap and find consensus on so many divisive issues.

We have a community of practice, here at the Mindfulness Association, who take a pledge when they join us:

I am very pleased to be a part of this community. All are welcome to come practice with us! 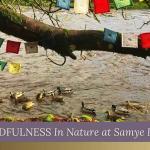 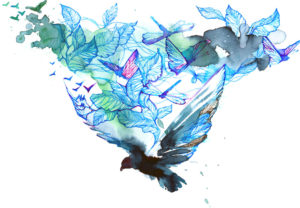