Where is Love? Music and Mindfulness for Children 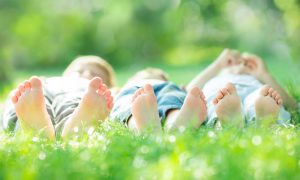 Last year I was lucky to be invited to facilitate “music and mindfulness” for children sessions, three mornings each week, in a local primary school.  In the early days of this year-long project, I felt as helpless as a rookie medic on the front line. It seemed the mini practices I’d introduced were working only in the moment, and in those first few weeks I often despaired at the lack of progress, which I was observing, both in classrooms and in the playground.

A turning point for me was during an early session with 8/9-year-olds.  This class could not sit still or be silent, yet.  I decided to allow them to lie on the floor and we listened to some soothing music.  My aim was simply to see whether they could experience a quietening of the body, even for a few seconds.  Little fidgeting bodies were trying to be still, eyes trying to keep closed and voices trying to stay silent, as I lightly guided their minds with a quiet voice: “Now, imagining the colour green… Gently breathing in the colour green through our hearts… Breathing gently in… Breathing gently out…”

We’d only recently started to work on “recognising emotions” and afterwards I asked if any of the pupils would like to share how they’d felt during this short practice.  A hand shot up from an unexpected corner – a little boy who was often disruptive in class and who rarely joined in.  He’d been unusually quiet and still during the practice.

I smiled.  “Can you tell us, where in your body did you feel that?”

“All over, but especially here” he replied, putting his tiny hand in the middle of his chest.

“And how did it feel to you – can you describe it?”

“My, you really are getting good at spotting how you feel!  Shall we add ‘love’ to the emotions board? Nobody else has noticed that one yet.  Where should it go?  Was it pleasant, unpleasant or neutral?  Which sheet?”

My pen was poised… I thought I knew the answer.

I was taken aback by the forceful nature of the little boy’s reply: “It must go on the left and on the right. And in the middle.  Write ‘love’ on all three sheets.”

It was the determined, non-negotiable voice of a sage.  I couldn’t argue, but I did question: “Does love feel unpleasant to you?”

I was humbled.  That day, I learned an important lesson.  This startling insight was absolutely correct, of course.  Love MUST infuse every single aspect of life, no matter which emotions and thoughts are predominant.

My teaching was already from the heart.  It had to be.  But this little boy’s wisdom, which seemed to arise directly from the naïve opening of his own heart, strengthened my resolve to continue with the project.  That day, I made a pact with myself always to be a role model for the children and the staff, whatever cropped up.  So, patience, kindness, inclusivity, generosity and compassion became the order of the day, every day, closely followed by honesty and heartful expectation.  I came to believe wholeheartedly in those many children who did not yet believe in themselves.

Over a year, this faith in the children paid off.  You can see some of the results in our short video.  At the start of the project I had journaled “These children simply do not have the self-discipline to be silent and still, not even for 5 seconds.”  By the end of the year, the whole-school group of 120 children was regularly managing a co-operative, self-disciplined, attentive, respectful silence without even having to be asked.  Completely silent, even with musical instruments in their hands.  A turnaround way beyond anything I’ve seen before in my 30 years of being involved in music education. These children have learned the beneficial habits of self-respect and mindful co-operation.  And, now as musicians, those “ways of being” might lead them to lots of fun new ways to continue to practice mindfulness for life.

Katrina Gordon is a music facilitator and is in her final year on the MSc in Mindfulness Studies course at the University of Aberdeen.