(to hear this poem spoken by the poet with images from the land around him, click here)

Solace
A poem for the time

I met an old man on the path that runs above the sea,
And as we passed I saw him smile and lift his eyes to me.
There was such peace upon his face, a calm and gentle ease.
And pausing by a stone, he leaned his pack upon his knees.

“I’m not so young as once I was, nor old as I will be.
These legs of mine have tramped since noon, I’m tired, as you can see. “
We stopped to talk and while we spoke the light began to fail. He said:
“There is a hush upon the land, as though a waking dream
like seaborne mist, has settled on these hills, and all between.

It takes me back to when I roamed this path – as young as you.
It was a spring day, long since past, yet like the morning dew –
the pearl still glistens in my mind with brightness of a star.
For though it happened long ago: I stood where now we are.

It was a time of pestilence, all empty roads and lanes
For people stayed at home all through, to help it pass and wane.
No sound of cars or aeroplanes or voices in the park.
The towns and cities locked their doors and curfewed after dark.

And from this hill I listened out, away across the fields
Down to those sighing waves below and singing of the seals.
A blackbird pealing in an ash behind that nearby barn
A wheatear flashed among the rocks, a stonechat in the gorse
And all the while a blackcap sang in the whitethorn by the horse.

The horse’s mane was winter long and hung about its neck
Like falling water from a rill that tumbles to the beck.
Its brow shone white but eyes as dark as thunder clouds at dusk
It shook its forelocks, came astride and honoured me with trust.

The setting sun spun threads of gold that shimmered down its girth,
Its bright shod hooves pressed arcing moons into the soft brown earth.
The horse and I walked side by side in silence through the furze
Until our path gave out on top, where now we do converse.

And here upon this very spot: I lay my head aside,
Against its shoulder, warm and soft; my cheek against its hide.
And in the breeze I heard its voice, like wind through ripened grain,
That through the barley stalks dries-off the passing Lammas rain.

“This too shall pass and all that now seems dark and full of dread:
Will melt away, like winter snow gives way to spring instead.”

Now since that far off time: the homes, we see about us here
Are once more filled with voices glad and people – all the year.
The gardens worked, the woods are cropped for birds and timber stock
And little’s bought that isn’t grown not far from round the block.

It was the time the world began to measure growth in annual rings
Of forests, and of wilderness, of life and growing things.
When GDP became a phrase that fell from use and habit,
When wellbeing, health and a living wage took over from the profit.
The days when markets crashed and fell, but rose again renewed.
To buy and sell fair traded goods that ended lack of food.

Beyond the suffering and the grief, the sorrows and the fears,
We came out worn and sore within – but stronger than for years.
For what we felt and heard and saw, in living through that time,
Of men and women, doctors, nurses – carers on front lines –
Made each and every one rethink the value that we’d placed
Upon the things most precious and the future now we faced.

With every hardship comes a grace, a dawn to every night,
For darkness shows the beauty of the starlight burning bright
That dwells in each and every one of us, and waits its turn to shine
It lives within your heart, young man, and glows yet warm in mine.”

The sun had set beyond the sea, the sky was molten gold.
He nodded as he raised his pack and onward down he strode.
I stood upon the path a time, and watched him weave his way
Between the yellow blossoms that were fading now to grey.
He turned a corner by the stile and disappeared from sight.

A horse neighed somewhere in the dark
I heard it say:
“Goodnight”.

Dedicated with healing, love and well wishes to Tami Davies-Hughes from this side of the beautiful world to yours,
by Dafydd Davies-Hughes

This poem, written by a friend of a friend, found its way to me through the wondrous world of Facebook, and I was touched by the words and the images (I recommend receiving it in spoken form with visuals). I am moved by how the experience of this time is travelling into poems and songs and art in different ways, often with a heartfelt hopefulness for finding another way to live. In fact, two other poems pointing in a similar direction were shared with me just today, one here and here.

It’s left me curious again: where does change come from? Krishnamurti famously said: “the seeing is the doing”, meaning that once you deeply see what is there, change will follow. And I’m noticing how staying at home is opening my eyes in new ways to the natural world directly around me, as well as to patterns of injustice in our society…

May goodness come from this time that is so difficult for many! 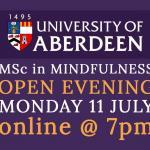